How did we proceed? We took the trouble to review more than 20 GPS trackers that could be used for protection and use of bicycles. We found that less than a handful of trackers met our requirements in terms of battery life, visibility and price/performance.

Overview of the TOP 3 models at a glance 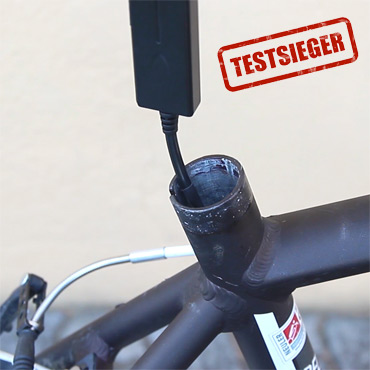 The only tracker in the world that is not visible from the outside – completely camouflaged inside the bike. Very long battery life of more than 6 months and a very large range of functions places it by a clear margin as the test winner. 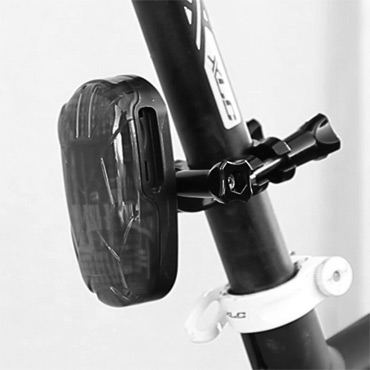 Simple mounting and extensive tracking app, but can be removed within a few seconds because the camouflage gets caught very easily. The battery performance is very low – therefore only the second place. 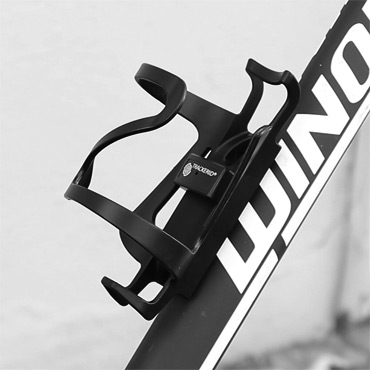 As soon as a bottle is in the posture partially well camouflaged. Since the tracker had to be constantly charged due to the short battery life, it only ends up in third place. The tracker can also be recognized with a bottle of liquid.

We have tested according to these criteria:

One of two of our main criteria is the performance of the battery capacity. In order to make this clear to everyone, we will explain this briefly. With which information do I really know how long a battery will last? It depends on 2 essential factors: 1. milliamper (mAh) and 2. volt (V).

Shortly in front the higher the values: mAh and V are the better. However, the decisive factor is the combination! (A higher value in the mah range combined with a lower volt number, and vice versa, do not provide outstanding battery performance – both values: mAh and Volt must be correct!)

Example (batteries of the 3 trackers in test):

By specifying the mAh value, you can determine the performance of the respective battery. mAh is the abbreviation for milliamper hours, i.e. the amount of energy stored in the battery. The mАh Value is important, but for comparison way to inaccurate.

Data such as 1000, 2000 or even over 3000 mAH are no guarantee for a long lasting battery. The voltage must be observed – and is just as important!

The following formula results as a measured value to really be able to compare the battery runtime: Capacity (mAh) x Voltage (Volt) = Energy (Wh)
The energy expressed in watt-hours (Wh) indicates the running time, how much the battery can deliver in power until it is exhausted. 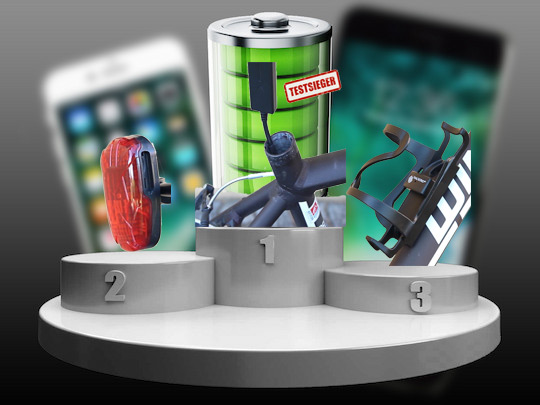 A long battery life, whether in standby or continuous operation, can be equated with higher watt-hours. Due to the small size of the GPS Trackers batteries, a disproportionately high battery performance is hardly possible. For this reason, the Bike GPS Tracker© is supplied with an extra large (long) battery that can be stowed away/disappeared directly in the wheel’s linkage.

Since the batteries of the other devices are very small, we do not show them in our test. Due to the battery performance of over 6 months in standby mode, as well as over 2 months in daily continuous operation, this device receives the highest rating. We find it annoying to charge the battery every few days or once a week. Therefore the Bicycle GPS Tracker© is prepared for a whole season and always ready for use.

2. Findability of the Bicycle Tracker

The second main criterion in the test is the conspicuity of the GPS transmitter mounted on the bike. This can actually be identified as the most important point, since a bicycle should be protected against thieves or any theft. That a tracker is built into a still working bike taillight can be a nice feature – both in one – fine and good, but in most cases a smart thief checks every possible weakness when he takes an expensive bike with him. This can also not be secured by a GPS tracker under the saddle or on the drinking bottle device – the trackers can be unplugged and thrown away in no time at all. Theft protection is therefore no longer necessary. The bike is gone and you usually never see it again. 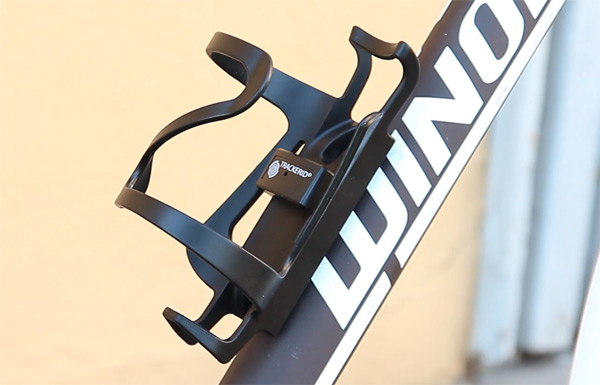 The GPS location cannot be queried manually! The GPS position is only determined if an alarm is triggered via the motion sensor – otherwise no positioning possible.

Once set in motion by the motion sensor, the Bicycle Finder continues to send until either the battery is empty or the alarm in the app is stopped.
-> The battery is completely discharged within a short time and route tracking is not possible!

The Bicycle Finder is disguised as a bicycle bottle holder. A GPS module is attached to this bottle holder, which then allows the position of the bicycle to be determined.

This tracker is fastened with two screws directly to the bicycle frame. This presupposes however that in the bicycle the suitable thread is already cut. If this is not the case, the thread must be made subsequently and cost-intensively by a specialist dealer. After the battery of the tracker has been charged and a SIM card has been inserted, the device is ready for use. In standby mode, this bicycle tracker delivers a battery life of approx. 1-2 weeks, but if the device is used frequently, the battery life can quickly be reduced to just 24 hours, for example, with live tracking.

The test also showed that if there is no bottle in the holder, the tracking module is visible at first glance. In addition, a thief can easily remove it, which makes the protection provided by this tracker undetectable.

Finally, it can be said about the bike finder that one of its advantages is that it has a smartphone app with a large range of functions and as long as there is a bottle in the holder the tracker is also camouflaged. However, with this tracker, the disadvantages are unfortunately also very significant. So the battery life is very unreliable, the mounting is not possible with every bicycle without problems and the tracker can be easily uncovered and removed without a drinking bottle in the holder.

Note after further testing: Especially with the GPS positioning we had to make a devaluation. The location is unacceptably inaccurate. (Several hundred meters next to it.) 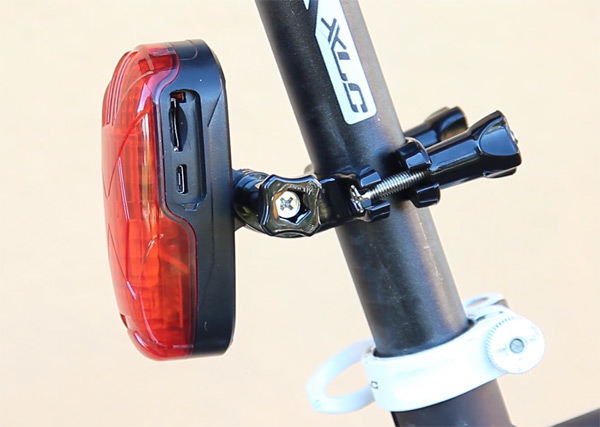 This GPS Tracker is camouflaged as a retrofit bicycle LED taillight. With the included accessories the tracker can be attached to the bike’s linkage. Simply charge the battery, insert a SIM card and it is ready to use. The battery of the TKSTAR Tracker has a running time of approx. one week. Since the LED accesses the same battery as the tracker, the battery life can be significantly shortened if the LED is used frequently. If the battery is not charged regularly, the wheel is no longer protected, as tracking is not possible without a power supply.

Furthermore, a closer look at the tracker reveals that the tracking electronics can be seen through the red plastic cover. Furthermore, this rear light LED is much larger than standard bicycle LED lights, so that this makes the tracker conspicuous and exposes it in case of doubt. The SIM cards and Micro USB ports are also clearly visible from the side and open from the outside.

In summary, one can say that one of the advantages of this tracker is that it is easy to mount and that it has a practical tracking app. However, it must also be clearly stated as a disadvantage that it is very easy to decloak, can be removed very quickly from the bike and the battery life is clearly too short. 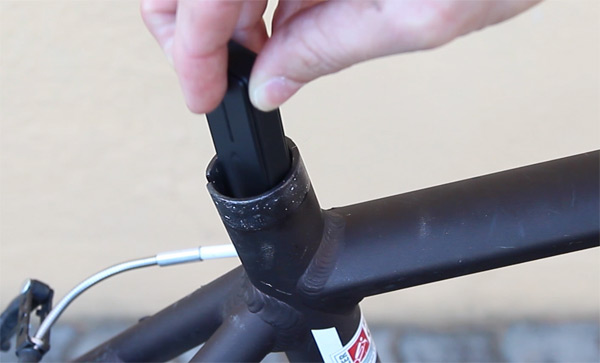 The bicycle GPS tracker convinces by its wide range of functions and the fact that it is completely invisible from the outside. The assembly of the tracker is done in the twinkling of an eye. Simply remove the bike’s saddle, connect the tracker to its rechargeable battery and stow both in the bike’s poles.

The battery of the tracker allows a runtime of 6 months! Once the tracker is mounted, the battery only needs to be recharged once per season. This way the position of the bike can be reliably determined at any time.

The Bicycle GPS Tracker© wide range of functions includes an app available for iOS and Android as well as an online tracking portal.

Using the app, you can view the current position of the bike on a map live at any time or view the complete motion of the bike. Within the app you can also define a so-called Geo-Fence area. If the wheel leaves this area, you will be notified immediately on your smartphone. You can also use all these functions on any computer or tablet using the Tracking Portal.

The Bicycle GPS Tracker© also has an integrated motion alarm. This alarm is activated when you park your bike and as soon as someone tries to get to your bike and steal it, an alarm is triggered directly on your smartphone and you can react in time.

Furthermore, this tracker can also be permanently installed in cars, so its field of application is not limited to bicycles.

The advantages of the Bicycle GPS Tracker© are: Uncoverable; extremely long battery life; large range of functions; easy to use; can also be used in vehicles. The only disadvantage is that the tracker is invisible from the outside, so you need a few more handles to mount it than other products.

A commercially available GPS tracker for civilian use today offers an accuracy of up to a few meters. However, the number of satellites received and the geometry play a major role. A new GPS satellite signal (referred to as L5 in contrast to the standard signal L1 previously used), which provides the GPS chip with additional information with which the inaccuracy of the L1 signal can be compensated, makes a significant increase in accuracy technically possible.

In particular, the new GPS signal increases the accuracy of GPS within cities with deep canyons. Up to now, the GPS signal has often been thrown back by narrow skyscrapers and therefore does not reach users on the street or sidewalk. GPS therefore often only functions inaccurately or sometimes not at all in densely built-up cities. This problem was solved with the new GPS chip from 2018 – built into the Bicycle GPS tracker©

An important factor in GPS testing is the sensitivity of the receiver. Typically, the GPS power level received by an antenna on the ground is between -125 dBm and -160 dBm, depending on environmental factors. A value from -150 dBm to -159 dBm is very strong; values above -160 dBm are excellent.

Comparison of the 3 trackers according to GPS sensitivity: 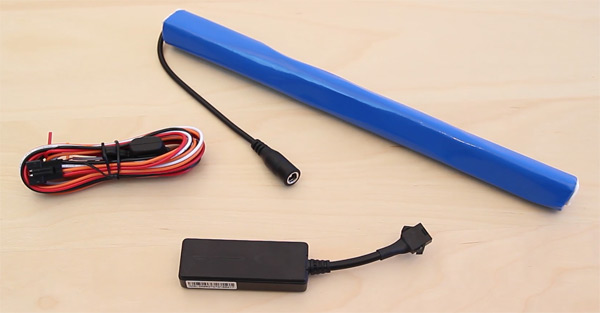 Motion and Geo fence alerts can be configured easily portal via SMS, app or tracking platform.

i) also suitable for permanent installation in a car

The number of bicycle thefts has increased rapidly in recent years. Especially in metropolitan areas, almost every third bicycle is stolen. Unfortunately, bicycle locks, even from well-known manufacturers, offer only inadequate protection because they can be broken open in just a few seconds by the brachial methods of thieves.

So what to do to protect the often several thousand Euro expensive wheels? The only true protection is offered by special bicycle GPS trackers, because you can always see where your bike is and if necessary guide the police directly to the perpetrator.

In addition, you also benefit from the other functions of the trackers, for example you can track which routes you have covered with your bike and thus improve your training. If you attach the tracker to your children’s bike, this gives you an extra measure of safety.